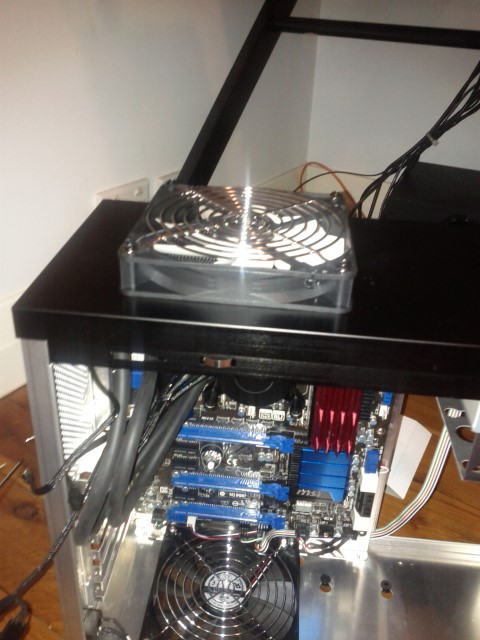 I finally decided to build myself a new PC. I haven’t played computer games since around 2005 or so. My brother was getting back in to gaming and I decided I would too, it’s a good release.

The case I bought is a Lian Li. It is the smallest case you could possibly find that will fit all that gear. The installation took a while considering I had to route the wiring to allow air flow. Plus the PSU being mounted on the front didn’t allow me much room to play with. Also, the radiator took up too much room so I had to mount the fan for it on the outside of the case.
The case doesn’t allow for the best air flow (it sucks air from below and pushes it out the top. The GFX cards obstruct much of the flow), but I am happy to trade off efficiency in heat exchange for smaller form factor and the minimalist design.

The machine is quite fast and should last me a while 🙂 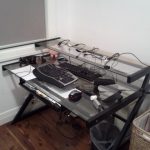 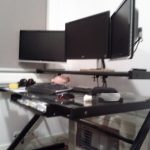 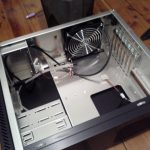 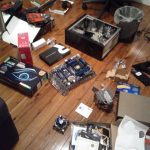 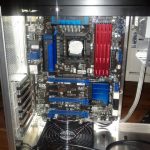 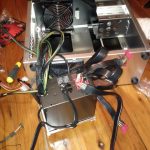 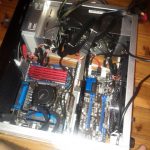 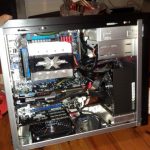 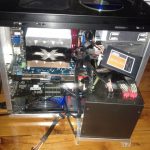 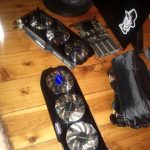 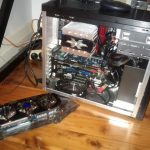 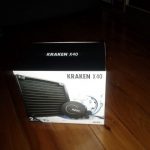 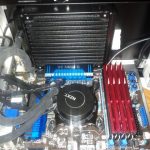 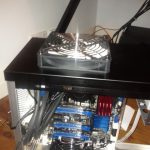 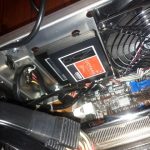 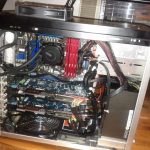 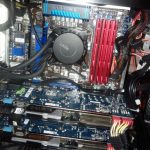 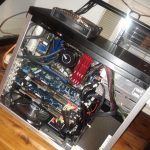 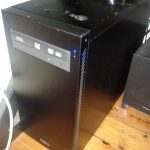 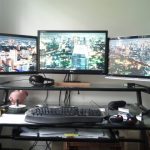