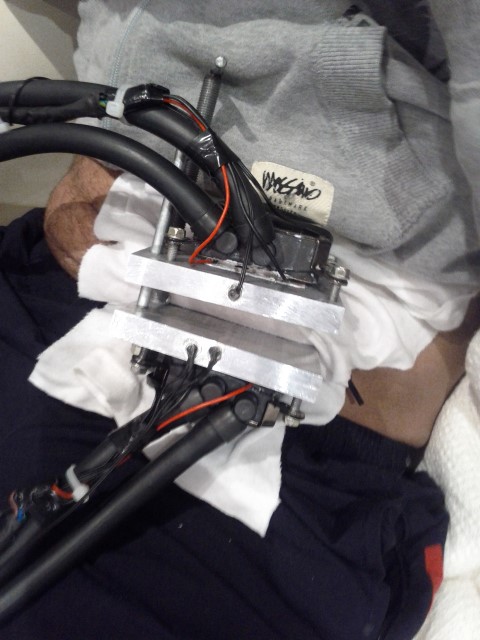 I was lucky I had plenty of guinea pigs to test on :)

(DISCLAIMER: Use the information below at your own risk. I am not a doctor nor do I know for certain that you wont give yourself a nasty burn or anything. Just use your own common sense and don’t blame me if you hurt yourself or someone else).

At this point the Frankensculptor is now ready for proper testing.

Initially, I was testing using +5degC for 1 hour. But later changed this to -3degC for 1 hour.
The rate at which it drops the temperature is roughly 10 degrees per 7 minutes. Which I believe is a safe increment of dropping skin temperature (I may be wrong here, but it seems to be fine for my purposes).

As for the actual temperature. Well, Zeltiq don’t give any indication of what the temperature is on their machines (I have looked at pictures, never done the process myself). They use a proprietary unit of measurement (which, incidentally, they create themselves) which includes not only the temperature but also the rate at which a temperature change occurs. So basically it is temperature over time. I have forgotten the name of the measurement unit, but it isn’t really needed so lets move on.
I have settled on using -5degC for two reasons:1) On the patent page (see previous blog post) it mentions a few temp ranges. -5degC sits at exactly the middle point of the ‘best’ range as per Zeltiq.
2) Other Chinese-produced knock-offs of the Coolsculptor uses -5degC. One would hope they have done their own research on this figure before mass-producing the devices.

All testing done so far has been using a conservative -3degC and bouncing between -3 and -1. This was to see if the machine would hold up and if I would hurt myself. Later on I began to use -5degC.

You will need to put something between your skin and the machine. Direct contact with the metal is bad.


Edit: I’ve found using a thick cloth (ie. terry towel) soaked in Propylene Glycol gives best results. Porpylene Glycol is non-toxic (you can buy a food grade bottle for fairly cheap online), transparent (doesn’t stain), easy to clean, no smell, and it doesn’t evaporate during a session. Best of all, its freezing point is -59degC. Multiple tests with a terry towel soaked in Propylene Glycol at a minimum temp of -5degC yielded great results. No freezing of the skin at all. 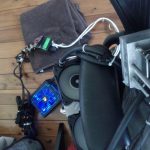 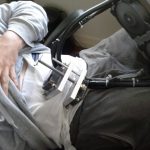 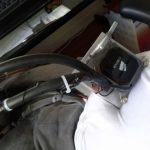 Clamped on to the fat. Retro fitting it here. 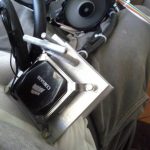 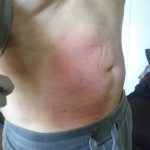 After a session on +3degC is done, the skin looks like this. 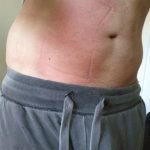 The redness is normal as blood flows quickly to the area after a session. The pain is minimal but its coooooold. 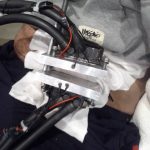 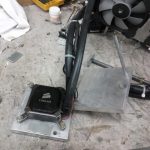 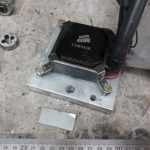 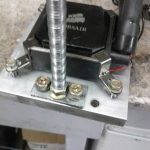 The aluminium thread I created was beginning to bread down against the steel rod. So I made this bracket using steel nut which was bolted to the aluminium. 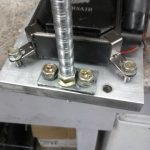 The origianl thread was directly in the aluminium, but this didnt work well as the ally is much weaker than the steel. So had to later weld this bracket and use the steel nuts thread. 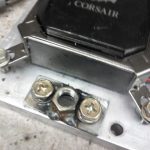 Some tack welds to hold it in place 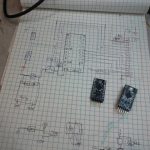 Mapping out the circuit for the Arduino controller. 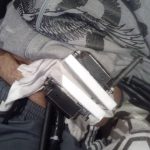 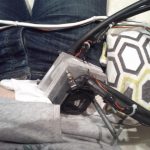 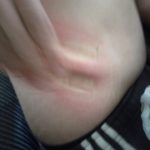 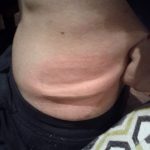 This is a good example. Immediately after the clamp comes off the fatty skin is firm, you need to massage this. This is exactly how it looks after an actual Coolsculpting session. 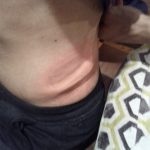 This is a good example.