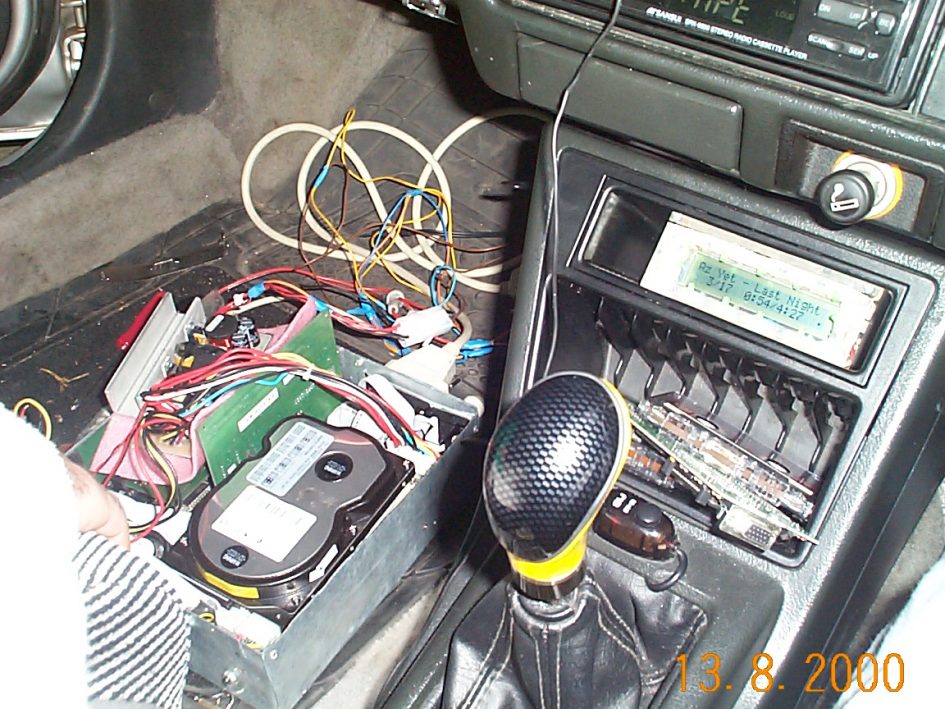 Blast from the past!

I was going through some old photos and came across a set from back in 1999!

Apologies for the sub-par pictures, some of them were taken with my first ever digital camera (an old Kodak camera. 2MP with a tiny LCD screen. The 4x AA batteries it used would barely last however long it took to fill my 2MB CF card!).

So this project was conceived by a friend of mine who helped me build it. We began design in 1999 and finally completed the project in 2000.
The first iteration of the project included the below specs (remember, back in 1999 these specs were impressive!):

The rig boasted an amazing <1minute boot time and a capacity to hold ~2,000 songs! The MP3 format was still fairly new (no iPods yet!) so this beast was able to play a number of songs at the press of a button. Incredible for a time when cassette tapes were still common and Mini-Disc’s were set to rock the world! A CD player was too expensive so back then I never owned one.

The below pictures show you the first and second iterations of the rig. You can tell the first one by the full-sized keypad being used and the 2×16 LCD frontlit screen. The second iteration has 4×20 LCD backlit screen, and custom keyboard buttons.

Since then, I have created 2 more Car PC’s. I currently have Car PC v4 in the works. But today, you can quite literally buy an entire Car PC set up from eBay for a few hundred dollars. But I ask you, where is the fun in installing that? Go ahead and make it a challenge, make it yourself! 🙂 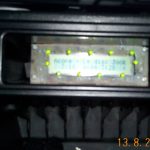 2×16 frontlit LCD screen. Front light was created using an array of LED’s. Not ideal, but it worked and it was cheap! 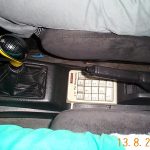 Initially the PC was controller using a keypad 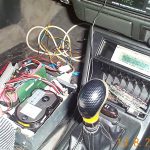 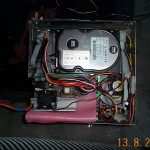 This is the PC with the top lid off 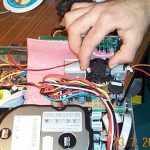 Fixing a fan on the heatsink for the PSU. The PSU was fairly efficient with an efficiency over 80%, not bad for its time. But a fan was still needed in the enclosed case 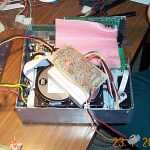 Mounting the PSU in place. We used some anti-static packaging to stop shorting the VGA card below and the audio card to the side 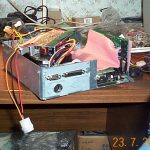 Here you can see the PCI video card (mounted using a 90degree PCI socket, which is why it is side ways) and the 16-bit ISA sound card. SoundBlaster 16! 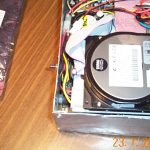 The bolt you can see sticking out the left side of the case is one of three bolts holding the HDD bracket in place. The bolt is attached to a rubber ‘spring’ which is then attached to the HDD bracket. This absorbs a lot of the impact protecting the HDD. On either side of the bolt you can see the other two, they are mounted a little lower than the middle one

blast from the past, car computer, car pc, carpc, DIY